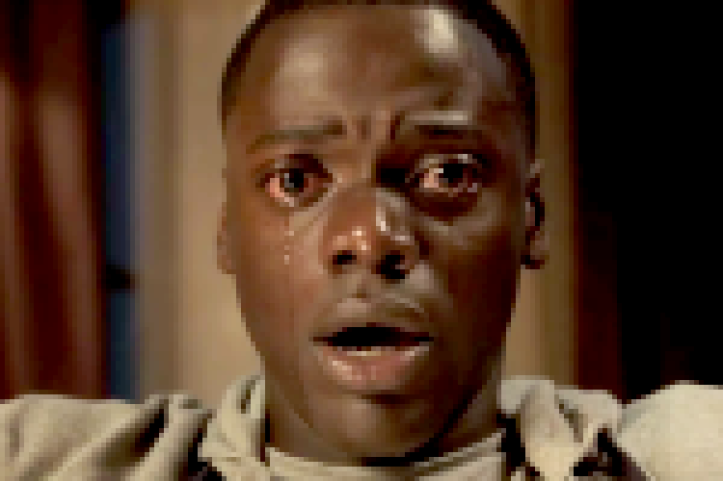 Ah, another beautiful May, another absurdly late Favorite Movies of the Year list! The world has longed moved on from “Best of 2018” list-making, so the time has come for me to officially issue my “Best of 2017” article. If you expect anything less from Byting Reviews, well… I don’t blame you.

I already isolated my three favorite 2017 films on our annual year-in-review podcast, and I stand by those selections. That said, I won’t bother ranking anything on this iteration apart from my number one choice. Let’s dive in and take a look at the rest of the field!

Blade Runner 2049 – I actually wrote a full review for this back when it came out (oh, to be young again!), so for my extended thoughts on BR2049, check that out. The only thing I’ll add? A 30 year mortgage, began today, would expire in 2049, the year these events purportedly take place. Hope you can retrofit your house with one of those ceiling-mounted Joi tracks!

Call Me By Your Name – One benefit to making these lists a year and a half late? It allows for movies to distinguish themselves as memorable. I felt Call Me By Your Name underwhelming upon initial viewing. It seemed an hour too long and a little slight. But now? I remember the 3-5 most incredible scenes and how expertly the movie captures the feeling of a missed connection.

Coco – Welcome to the first of two big budget animated family films on my year-end list! This movie throws a couple emotional haymakers, and I found it a ton of fun. Likable characters, funny jokes, good music, zippy pacing, and a setting we haven’t seen depicted with this scale or this tenderness.

Jim & Andy – I’d never go through all my past selections to corroborate this, but I believe Jim & Andy constitutes the first documentary to make one of my year-end best-of lists. About 20 years ago, Jim Carrey played Andy Kaufman in the biopic Man on the Moon. I know nothing about Andy Kaufman and have not seen Man on the Moon. Even so, I found this documentary riveting.

Basically, Jim Carrey completely ceased to exist during the production of Man on the Moon. He stayed in character as Andy Kaufman the entire time, on set, off set, and everywhere in between. For some reason, he hired a camera crew to document the production, and this movie is the eventual result.

The results are pretty staggering. Jim Carrey went certifiably insane to make this movie, and that commitment is incredibly bizarre to behold considering Man on the Moon remains a fairly obscure, forgotten picture. Instead, we get to wrestle with this portrait of insanity, obsession, fame, and power.

Lady Macbeth – Another obscure one, I know. Don’t worry, I’ll get back to Movies People Have Actually Seen soon. Until then, enjoy this stolen synopsis: “In rural England, 1865, a woman who is trapped in a loveless marriage to a much older man begins a passionate affair with a man her own age.” (The movie has nothing to do with the Shakespeare character.)

I wrote a full review for this one many moons ago. It has some frustrating problems, but I still think it delivers the the three best Star Wars moments since the resurgence of the franchise.

The LEGO Batman Movie – You could call this the best Batman movie ever. You could say it falls short of that standard. Either way, I posit that of all the big screen examinations of the Batman character, this is the finest.

I worried the LEGO movie magic might hinge on the madcap antics of Phil Lord and Christopher Miller, but newcomer Chris McKay perfectly captures the silliness, energy, and fun of the Lord/Miller’s original LEGO effort. It seems every frame has a joke in it (especially for longtime Batman fans), and I laughed harder at this movie than anything else I saw on screen in 2017.

A lot of the discussion circulating around this movie centers on the idea of loving an artist/their art and thereby forgiving their manifold failings as a human being. I get why people keep talking about these things, but I also think they’re looking at the movie in a really reductive way. To me, this makes a larger, universal point about human romantic relationships and what it takes for them to endure. I mean, I’m a professional artist, and I think this movie resonates way harder as a simple love story than a rumination on art/creativity.

The core relationship in this movie reminds me of my parents, a pair of people who have historically had huge blowups and massive, irresolvable differences. However, over the years each has learned how to “play” the other and come to accept that the constant, petty bickering in their relationship is also the thing that keeps it together. I’ve seen a sort of Stockholm Syndrome set in… an acknowledgment that the relationship is messy and weird, but that deep down each person kind of likes it for that exact reason.

I think that’s sort of a universal idea about human relationships, and the movie nails it. The two leads shimmer (as does Lesley Manville), and the movie packs in a good heaping of absurd, dark humor.

The Shape of Water – About as good as a fairy tail featuring human/fishman sex can possibly be. Simple, well-made, has cats. The villain goes a bit too over-the-top (though I like that he’d basically be the hero if this movie got made 50 years ago), but this movie works about as well as it possibly can.

1. Get Out – The greatest trick this movie ever pulled was to put its audience in a black man’s shoes, then present everyday scenarios as terrifying episodes of a horror movie. Just think of that opening scene! All that character does is walk down the street, yet it’s a terrifying experience that reverberates throughout the movie theater (even before anything suspicious happens).

Not only does the movie routinely do this, but it does so in the guise of a hugely effective, satisfying, and entertaining horror film. Well done, Mr. Peele! Gold stars for everyone!