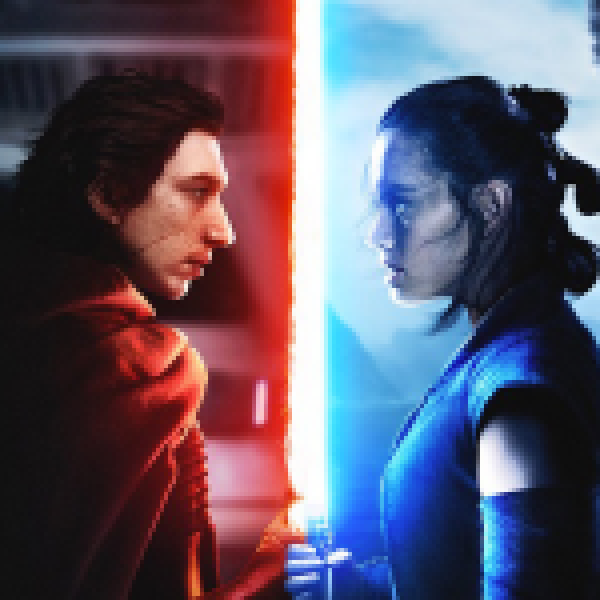 I think your reaction to this movie hinges on your attitude towards this whole new Star Wars thing. I choose not to look at these new movies as literal sequels to Return of the Jedi. RotJ didn’t really leave the door open to this story (plot-wise, character-wise, or thematically), and if you need these movies to work as direct continuations of RotJ, you’ll end up frustrated and disappointed. (The people I see struggling with The Last Jedi are the people that can’t get over the political/historical leap from RotJ to TFA.) The characters here treat RotJ as more of a legend than a thing that actually happened, and that’s how I look at this series’ relationship with the original trilogy. As such, I’m able to enjoy these movies quite a bit. In fact, The Last Jedi is probably my favorite of the new slate so far.

First and foremost, this movie works really well as an action/adventure film. It’s actually intense! The Force Awakens plays out in a pretty predictable way, but The Last Jedi does a good job of making you feel like everything is in play and an unexpected, horrible, Game of Thrones-esque death might await at the end of every scene. That’s a remarkable feat for a movie with big PG13 corporate expectations.

Rian Johnson gives us the first real expansion of the force since the Emperor shot lightning from his fingers at the end of RotJ. A lot of new force capabilities pop up here, and they all work. They feel like natural, logical extensions of what we’ve seen before, and they remain unburdened by unnecessary scientific explanation. (I even liked the Leia in space moment.)

The movie’s biggest strength? Rey and Ren. Their interactions steal the show. They have the most interesting relationship and carry this movie with aplomb. Their throne room scene is far and away the best thing in this movie. It’s so good, in fact, that it’s a bit of a letdown when you realize it wasn’t actually positioned as the movie’s climax. As a result, the movie peaks a little early (even considering the greatness of Luke’s final sequence).

It’s a real testament to this movie/series that I feel more investment/interest in the new characters than the ones I have a lifetime of experience with.

Of course, the movie isn’t perfect. It suffers most from keeping the main characters separate. We follow three separate threads throughout the vast majority of this film, a pratfall common to Star Wars since The Empire Strikes Back first sent Han/Leia and Luke off on separate adventures. Fin suffers the most from the split. The movie doesn’t know what to do with him, plain and simple. Future installments might give him more purpose, but right now I can’t think of any reason why the series’ architects didn’t consolidate Poe and Fin into a single character. They have similar personalities and functions within this movie, yet only one (Poe) has any kind of arc. For what it amounted to, you could cut Fin’s entire side quest (though I admittedly liked the allusion to the idea of the military industrial complex in such a mainstream movie).

Overall, I really dug The Last Jedi, and I find myself more excited for this series after TLJ than I found myself going in. Good show!