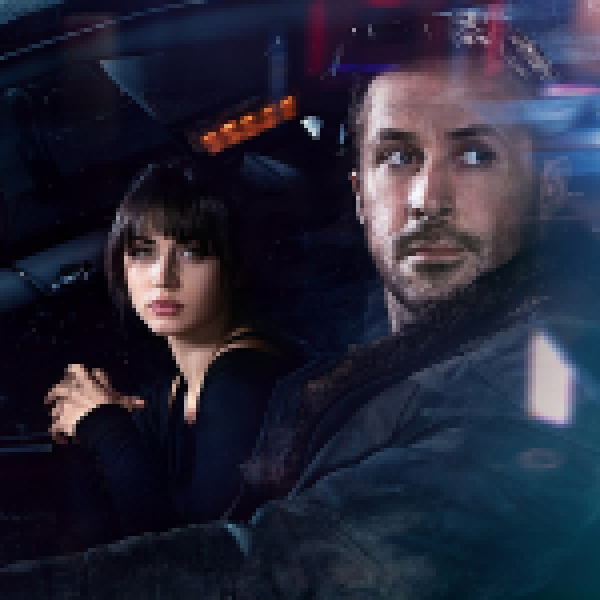 I like the original Blade Runner quite a bit, but even I admit that the movie’s appeal rests mostly on its aesthetics, which have permeated countless movies/videogames/books/whatevers since 1982. Sure, the movie hints at some interesting ethical/philosophical questions and ends with a great monologue, but no one would care about it if not for the revolutionary production design.

So, following up on such a movie poses a massive challenge. The filmmakers have to avoid all the common sequel pratfalls while matching (and pushing forward) the legendary visual standards of the original. I can report, quite happily, that they succeed. Good luck finding a better looking movie than this. (Big shout, Roger D.)

Moreover, the movie does an OUTSTANDING job of honoring the technological vision of the original while infusing the world with ideas that seem like logical extensions/evolutions of 2017 tech. I speak particularly of Joi, the operating system/personal assistant/holographic wife simulation that effectively serves as the protagonist’s friction-free life/work partner. First, Ana de Armas does a stupendous job of realizing that character. Second, the idea of that technology is so obviously the future of human romantic relationships that I have entered a debilitating funk of depression in the ~24 hours since I’ve seen this movie (to be clear though, I think of that character/idea as one of the best, most prescient things this film offers, depression notwithstanding).

And I haven’t mentioned the story yet! Again, I think the appeal here largely revolves around the world/visuals, but the movie does well to not fail in any way. The filmmakers make nothing but good choices. Focusing on a new main character = good. Reducing Ford to a minor character = good. Choosing to build this movie on things that happened AFTER the original (instead of things that happened DURING the original) = good. Preserving the ambiguity of the original = good. The lack of callbacks/fan service (with the possible exceptions of Olmos and the Atari logo) = good. No attempt to hit the “tears in rain” beat = good. Going after different themes/ideas = good.

BR82 focuses on mortality, BR17 focuses on humanity. What does it mean to be human? What does it means to be real? Notably, the replicants drive the emotional content of this movie much more than the human characters do. Our only prominent humans (the Jared Leto/Robin Wright characters) abandoned their humanity long before the events of the film began. Depending on who you ask, Harrison Ford’s Deckard might be human, but in a single line that epitomizes both films, he waves away the importance of the distinction (when asked if his dog is real, Deckard grumbles “ask him,” referring to the stoic canine).

I don’t think the movie is perfect. I could point out some minor plot details I don’t like, and moan about the uninspired final confrontation (which a lot of other people seem to like), but this is a great movie that provokes in all the ways science fiction should.